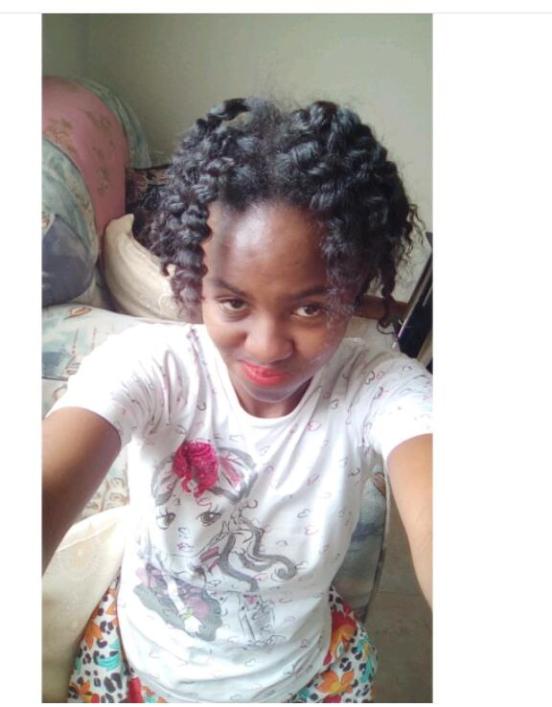 Gone are the days when white people were considered superior, greater and powerful in the world. As per now, whites and blacks are equally the same with equal opportunities and life goals.

The saddening part is that everyone is trying to be white by use of plastic surgery and bleaching themselves without the worry of complications in their future lives.

This definitely lowers the sense of being black. Regardless many theories of being African, am still proud to be one. Others say it’s a curse from God, others say we’re black due to harsh climatic conditions but to me, all these are mythical. I do believe God had  a perfect reason for having different races in the universe.

African girls and black girls in general have issues with their hair. Hard, puffy and Afro. Most if us just don’t like our hair natural and puffy while it does look way better than when we have weaves, wigs and braids on.

My heart bleeds when people hate on a child whose mother appericiates her natural hair. Blue Ivy has faced hatred for having her puffy, Afro hair. What do people really want? Do they expect a three year old to have wigs and weaves on?

I adore how Beyonce Knowles is trying to empower black girls to appreciate their hair, curves and noses. Most girls undergo surgery to have a smaller nose which to me it’s hilarious. If you didn’t like your original nose, what makes you think you’ll love your squeezed nose?

I do believe it’s size has a reason on your face but hello! People have different perceptions.

Other girls think being skinny is way better than being curvy all in the picture of many white girls being skinny.

Not only girls have issues with their skin colour.  It happens that most male pop stars consider bleaching and undergoing surgery so that they could hit even more.

If only everyone could appreciate themselves the way they are, the world would be the best place to be at. No comparison, but much self love and appreciation.

Everyone should recognize that they’re their own version hence they should love and appreciate themselves first before other people do. And they should also appreciate others!

Be yourself, you only live once! There’s no other chance to be you!

Everyone knows that a capital city is the representation of the whole country at large. And when it comes to Kenya, everything is way crazier than expected!

Nairobi,Kenya doesn’t seem to create a positive picture in people’s minds. From the town itself to estates it’s just mayhem. Litter everywhere and anywhere, drainage issues, congestion of people everywhere, poor hygiene and sanitation, poor security, water issues, poor roads,electricity issues at times  and much more, if I keep mentioning someone might just pack their bags and go to Tanzania or any other neighbouring country.

As far as am concerned, natural calamities do occur and am sure there are funds put aside to cater for such occurrences. It’s saddening to see how floods are swipping people’s belongings and property and no one seems to take considerations but in stead, the leaders are using it as a political strategy!

Regardless of the help and aid given to those affected, someone’s life will never be the same again, both financially and emotionally! Everyone is always proud of what they’ve worked for, not what they’ve received as aid! The Huruma tradegy has left big gaps in people’s lives and hearts! Many have lost their loved ones and property at the same time! How I wish the person who was in charge of issuing title deeds would consider the locations before issuing them!

I do believe there’s a course known as Disaster Management, aren’t the graduates of the course employed? Aren’t they supposed to be the ones that help out in such matters? I do have an idea that there is a high number of unemployed youths and all that, so I won’t be surprised if those graduates are not put into use!

As the rains keep falling, I fear for the lives of many in our country. My heart bleeds for everyone. Thanks to greed and corruption, there’s global warming, cutting down of trees for  timber and burning of forests for charcoal which happens to generate good money!Hence everyone’s suffering equally to unstable climatic conditions and unfavorable weather conditions as well.

Kenya is a beautiful country with many attributes and great things, but the little negative things seem to be overtaking the positive ones thanks to political influence! Our leaders should stop making everything to be linked to politics but instead do things i‭‬n good will without expecting extra credit!

If I wasn’t Kenyan and I heard about how Nairobi looks like and its situation as per now, I’d not think it’s a capital city but just a random town. But since am Kenyan, it’s my obligation to ensure that I don’t litter around and select leaders with goals and ambitions, and who’ve got a sense of belonging and ready to serve as an epitome.

The whole world at large needs to take care of the environment! Global warming is real and a serious problem that affects everyone! I myself, I’ll make sure I’ll at least plant 300 trees before I die! Challenge yourself!